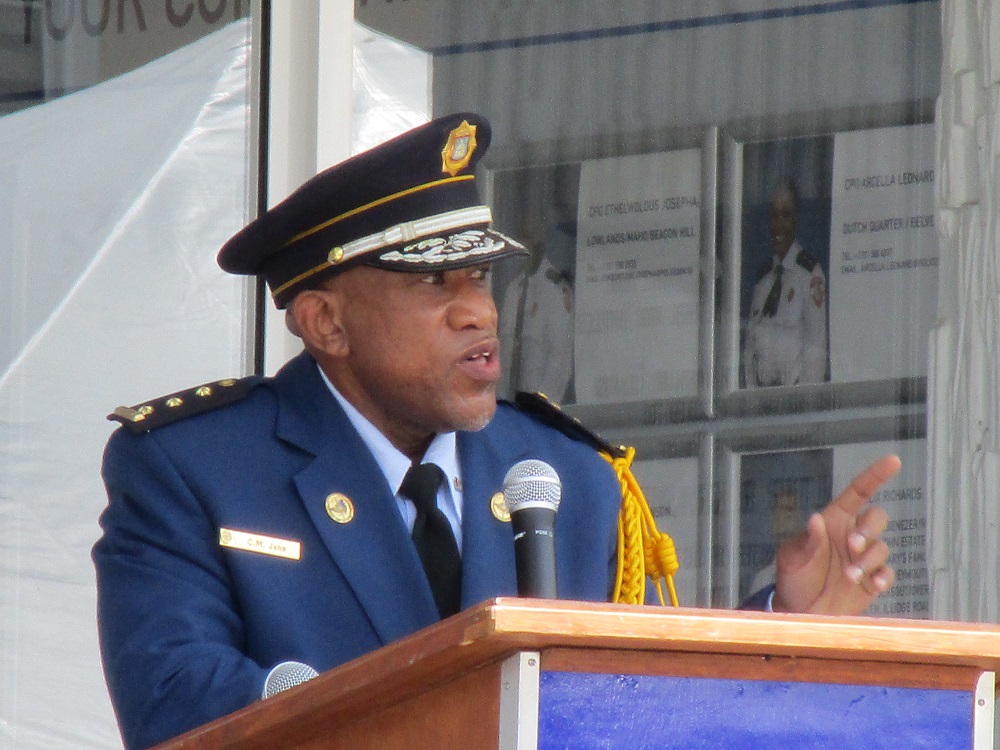 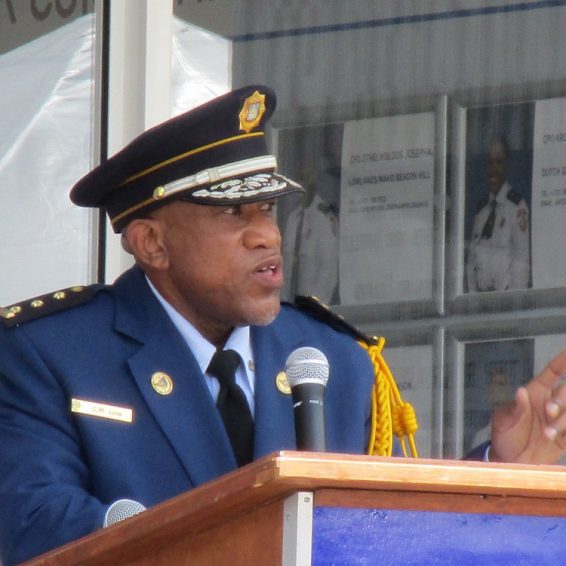 PHILIPSBURG — Road rage and wayward behavior of young scooter riders have become a thorny issue, but Chief commissioner Carl John said in an interview on The Breakfast Lounge with Lady Grace that this is not the real problem.

“This is not our biggest problem. The level of aggression youngsters display needs more attention. There is more to this than just enforcement of traffic regulations. I hope we can come together as a community – churches, schools, parents – to take a keen look at our youngsters and see if we can identify from a young age whether there is a problem. We have to address this soon.”

John said that the level of disrespect should be an eye opener for everyone. “When these youngsters come into contact with the police it is already too late. We have to begin before this and help these youngsters. We should go all out to help them.”

The data the chief commissioner provided speak volumes about the scope of the problem. “A few months ago the police crushed 150 scooters, after asking people to come and get them. But we have already fifty scooters again and we are asking the owners to pick them up. I know that before the end of December we will have at least one hundred of these vehicles at the police station.”

John conceded that not everything is “one hundred percent” at the police force. “I have lot of respect for the police officers in St. Maarten. The majority of the officers are very dedicated people. They sometimes go far over the line to give service. You always see the stories where things went wrong, but there are also a lot of success stories.”

All criticism is welcome, the chief commissioner added. “That helps us to better the quality within the police force. It is all about service. My officers who are professional have the attitude of: I am here to serve. The majority of the officers have that feeling.”

Police spokesman Ewaldus Josepha, who was present at the interview, told listeners that there is an ongoing recruitment drive aimed at bringing twenty new recruits from St. Maarten on board. “To youngsters who want to change career I say, look at the police force. Many people are losing their jobs and they want a career change. It is kind of disappointing that so far we did not get the level of interest we want. Both male and female applicants are welcome.”

John expressed his satisfaction with the results the police force is recording. “Most high impact crimes are solved. We have a solvability rate of 95 percent.” This is the result of the cooperation between local officers and RST-officers who reside on the island and who are under the command of the chief commissioner. “They are dealing with the priorities of St. Maarten and that is working pretty well.”

The surveillance cameras that have been installed in the Philipsburg area have helped the police in solving a lot of crimes, John said. The coming years cameras will be installed over the hill as well. “We also get cooperation from companies that have cameras. Surprisingly, some companies do have cameras but they do not record anything.”

Gun control is another hot button issue, but John made clear that the police cannot do just anything. “The law contains guidelines we have to follow. We don’t have preventive searches. Officers cannot just look in your car to find a gun. That is not admissible in court.”

John welcomes the protocol with the Netherlands about strengthening border control. These efforts involve cooperation of the police force with immigration, customs and the coast guard.

“In the coming years they will respect us internationally for the way we are doing business,’ John said, adding that the police conducted one hundred controls in 2020, while currently it has executed already forty percent more controls.