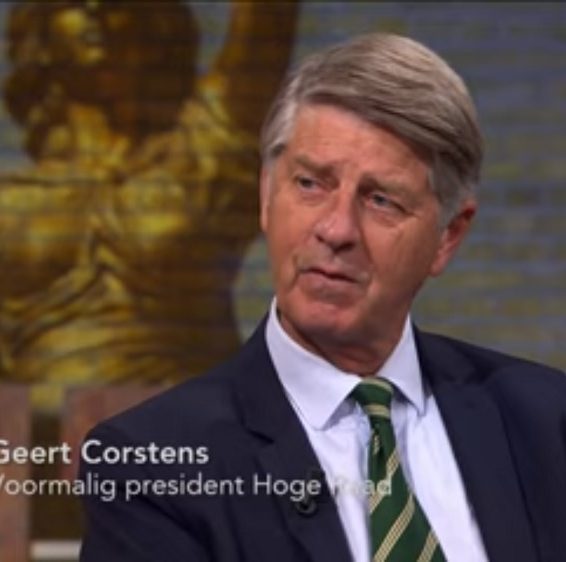 PHILIPSBURG — The Dutch judicial system could do with a makeover that had the potential to spill over to St. Maarten. Geert Corstens, a former President of the Supreme Court in The Hague made the suggestion during an interview on the TV-program Buitenhof in the wake of the childcare benefits scandal and the controversy surrounding Minister of Justice and Security Ferdinand Grapperhaus after he broke the rules of social distancing at his own wedding.

The Grapperhaus-controversy is small beer compared to the childcare benefits scandal. In that case, 26,000 parents and 70,000 children were affected by unlawful actions of the Dutch tax inspectorate. Parents who’d made a small mistake in their filings for these benefits were at time confronted with tax-claims of hundreds of thousands of euros.

Corstens chaired the Supreme Court from 2008 to 2014. He is a former public prosecutor and a former professor in criminal law. Currently, he is the chairman of the The Hague Institute for Innovation of Law.

How is that even possible? Schoon wanted to know. According to Corstens this is due to the strict way the Council of State interpreted the law: “If you made a small mistake but you had been paid an advance, then you had to repay all the money you received.”

Fiscal disputes routinely end up in criminal court, but in the case of the childcare benefits, the case went to the administrative court. From there, defendants have only one option for appeal – with the Council of State. “It would have made sense to send these cases to criminal court. Defendants then can the go to the appeals court and after that to the Supreme Court,” Corstens said. “Taking it to the administrative court was easier for the tax inspectorate and the defendants became the victims of this decision.”

The interpretation of the law by the Council of State (that even after a small mistake the entire advance must be repaid) is “completely disproportionate,” Corstens said. “The counter power at the Council of State is inadequate. You may expect from judges that they offer citizens protection and that they do not go and sit on the chair of the legislator. If you see that this interpretation of the law negatively affects thousands of people, than you have to intervene. You have to exercise justice.”

Publications in Dutch legal trade journals have opined that the Council of State tended too much towards supporting the position of the government at the expense affected citizens. “It would have been better to take these cases to court, then to the appeals court and from there to the Supreme Court,” Corstens said. “The appeals court knows that someone is looking over their shoulder. That is not the case with the Council of State. The primary role of the judicial system is to protect citizens. To prevent a repeat of the childcare benefits scandal the system should be reformed.”

When Schoon asked whether judges ought to review if their rulings hold up against the constitution – something the courts are currently not authorized to do – Corstens said: “The time has come to implement that. It would be good for society when the constitution is placed in a more central position. This ought to be embedded in the regular administration of justice. Not via a Constitutional Court.”

Referring to the situation in Poland, Corstens pointed out that Constitutional Courts are often politicized. “The battle with the constitution must be judged by three instances. Don’t put this in the hands of one club.”

PHOTO CAPTION: Screenshot of former President of the Supreme Court in The Hague, Geert Corstens, taken from a recording of Buitenhof broadcast on October 17, 2021.

Continue reading: Is the Constitutional Court such a good idea?