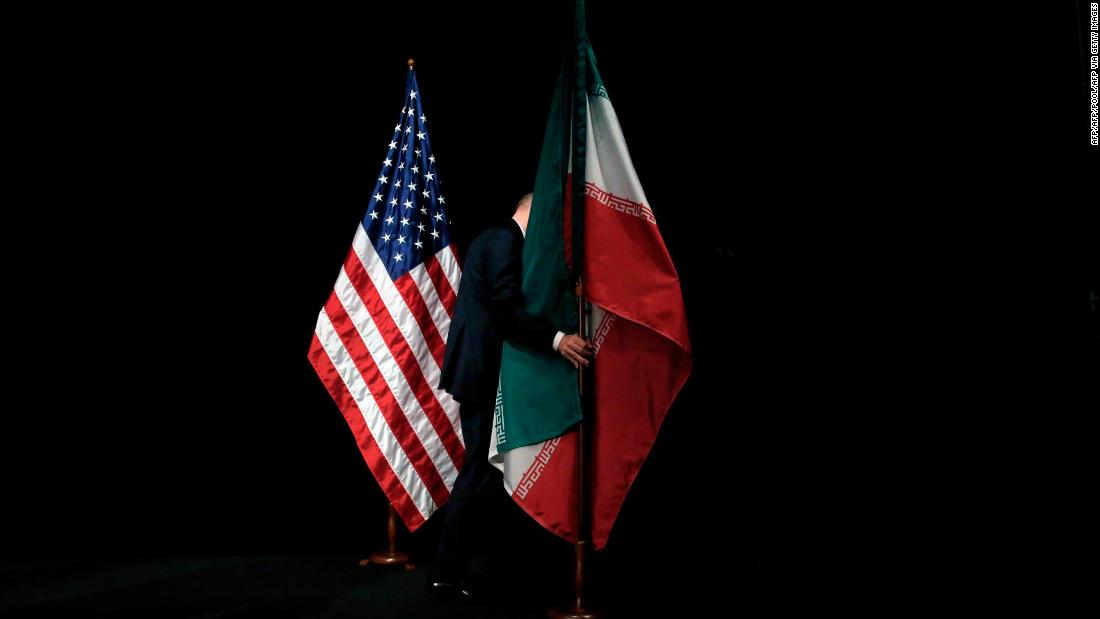 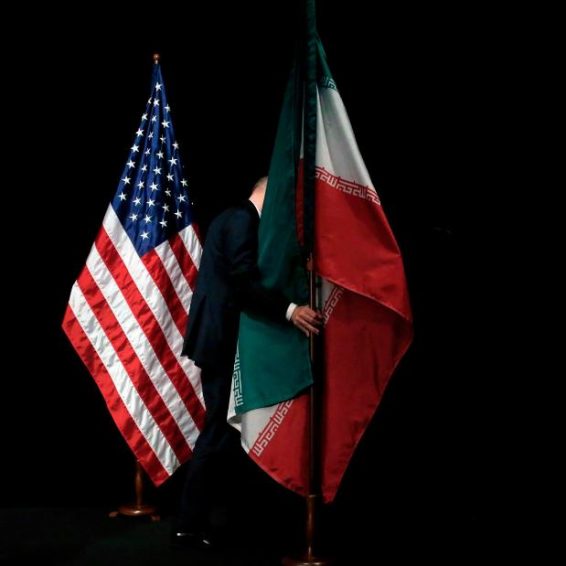 2 months ago·8 min read
ShareTweetPinShare
Home
World News
Iran nuclear talks to restart as US emphasizes it’s ‘prepared to use other options’ if diplomacy fails
The content originally appeared on: CNN
The parties to the Joint Comprehensive Plan of Action will reconvene in Vienna after almost six months to discuss a mutual return to the deal by both the US and Iran, but the hiatus has given time for new obstacles to take root.
On Friday, Iran announced yet more advances in its uranium enrichment, which reduces the amount of time Tehran would need to develop a nuclear weapon, if it chooses to, an announcement clearly meant to give Iran leverage when it arrives in Vienna for talks.
US is deeply skeptical and considering taking tougher action as Iran says it will return to nuclear talks
Other parties to the agreement — including Germany, the UK, Britain, France, China and Russia — are coming into the talks calling for negotiations to pick up where they left off. European sources tell CNN they expect the Iranians to treat the meeting as “round one.” US officials have expressed similar concerns.
The recently elected hardline government in Tehran will send a new set of negotiators to Vienna who have been emphasizing the need for complete US sanctions relief, not compliance with the deal, while US officials have said they have absolutely no plans to offer Iran incentives to talk.
Read More

‘The time to choose is short’

And senior US officials have repeatedly warned that if advances in Iran’s nuclear program and enrichment capability continue unabated, they could render the benefits of the JCPOA moot — a development that would force the US to pursue other options.
“We are still hopeful that diplomacy can find a way,” Brett McGurk, the National Security Council’s coordinator for the Middle East and North Africa, told the Manama Dialogue organized by the International Institute for Strategic Studies. “But if it cannot find a way, we are prepared to use other options.”
“There is no question, we are not going to allow Iran to get a nuclear weapon, period,” McGurk said. “And when it came to military force for behavior change, that is a pretty fuzzy objective for a military force. When it comes to military force to prevent a country from obtaining a nuclear weapon, that is a very achievable objective.”
US Special Envoy for Iran Rob Malley said in a tweet after a November 18 meeting with Middle Eastern allies and European parties to the deal that Iran could choose one of two paths: “continued nuclear escalation & crisis, or mutual return to the JCPOA, creating opportunities for regional economic & diplomatic ties.”
“Time to choose is short,” Malley wrote.
US warns that Iranian government-sponsored hackers are targeting key US infrastructure
Sources familiar with preparations for the talks say that the parties were closely watching International Atomic Energy Agency director Rafael Grossi’s visit to Tehran last week, seeing it as an indication of Iran’s approach to the talks in Vienna, those sources said. Grossi told the IAEA board afterward that the talks were “inconclusive.”
One of the contentious issues remaining is that Iran is refusing inspectors from the IAEA monitoring access to the Karaj centrifuge production facility, which reports suggest has resumed operations.
“This is seriously affecting the [IAEA’s] ability to restore continuity of knowledge at the [Karaj] workshop, which has been widely recognized as essential in relation to a return to the JCPOA,” Grossi told a Board of Governors meeting on Wednesday.
The Arms Control Association noted that Iran’s refusal to allow the IAEA to install new cameras or confirm that production hasn’t restarted could undermine attempts to revitalize the JCPOA and its strict verification regime if it isn’t possibly to fully complete records of Iran’s nuclear program. Tehran’s refusal to grant access to Karaj also drives speculation and concern about what, exactly, Iran is doing, the ACA said.

On Thursday, the US Mission to International Organizations in Vienna told the IAEA meeting that “if Iran’s non-cooperation is not immediately remedied … especially the restoration of continuity of knowledge at Karaj, the Board will have no choice but to reconvene in extraordinary session before the end of this year in order to address the crisis.”
Meanwhile, on Friday, Iran announced its stock of 60% enriched uranium has grown to 66 pounds (30 kilograms) and its amount of 20% enriched uranium had also increased. Both levels are much closer to weapons-grade uranium which is enriched above 90%.
According to the Arms Control Association, enriching uranium to 20% “constitutes about 90 percent of the necessary work to enrich to weapons-grade.”
As Iran’s stockpiles grow, the ACA says, its breakout time, or the time it would take to produce enough uranium enriched to weapons-grade for one bomb, decreases. The ACA estimates that Iran’s current breakout time is likely about one month, down from 12 months when the JCPOA was fully implemented.
Enrichment was limited under the JCPOA, which the US left unilaterally in May 2018 under former President Donald Trump. Iran restarted enrichment last year to pressure the US to ease sanctions.

State Department spokesman Ned Price reflected the ambiguity surrounding the resumed talks on November 22, calling the mutual return to compliance with the JCPOA “a very uncertain proposition.”
The next day, Price told reporters in Washington that, “it is our hope that the new government in Iran shows up in Vienna and shows up in Vienna ready to negotiate in good faith to build on the progress that had been achieved in the previous six rounds of negotiations.”
But he added that the US has “been very clear that we are not prepared to take unilateral steps solely for the benefit of greasing the wheel” to get the talks going again. Former President Donald Trump pulled the US from the deal in 2018.
Sources familiar with the preparations for the talks have told CNN that the US and its allies are not at a point where they would begin offering Iran confidence building measures, but one official said there is a possibility the US and its allies could employ them down the road. As a result, incentives for Iran won’t be discussed at this week’s meetings in Vienna, where the US and allies will be focused on simply taking the temperature and seeking to advance from where they left off months ago, US and European sources explained.

Everyone involved in the talks is mindful of the ticking clock. The sources told CNN that there’s still time to reach a deal, but it would likely run out by the end of next year. For now, they said there is no hard and fast “Plan B” yet.
Critics of the deal say that the Biden administration has sacrificed leverage by easing pressure on Iran while it builds up its nuclear program.
“The Biden administration’s Iran policy is failing, and without a significant course correction that policy will either result in Iranian nuclear weapons or in a war to stop that development,” said Mark Dubowitz, the CEO of Foundation for Defense of Democracies. Dubowitz argued that the administration’s approach will allow Iran to rebuild toward a “lethal end state” of with pathways to nuclear weapons and a robust nuclear infrastructure.
“Israel is going to have no choice but to use military force to stop Iran’s nuclear weapons before Tehran reaches this lethal end state,” Dubowitz said.
Israeli Prime Minister Naftali Bennett has been making clear that Israel will be prepared to act if necessary. Addressing delegates at a security conference near Tel Aviv on Tuesday, Bennett said that “if there is a return to the JCPOA, Israel obviously is not a party to the agreement and is not obligated by it.”
Iranians sanctioned and charged for alleged cyber-based bids to influence 2020 US elections
Bennett complained that after the nuclear deal was signed in 2015, the “State of Israel simply went to sleep. We were occupied with other things. We will learn from this mistake. We will maintain our freedom of action,” he said.
Western officials have tried to argue to the Israelis that attacks on Israel’s nuclear program are not very useful when the overall goal is to come up with a comprehensive solution, and especially when the Iranians have sped up their capability to rebuild after attacks, sources familiar with the Iran talks have told CNN.
Western officials have also raised the danger of Iran responding with kinetic action, but sources familiar with the talks say Israeli officials still seem to think that it is still an effective tool to show their capabilities.
Asked about those warnings, Price said that, “at the end of the day, the United States and Israel, we share a common objective here, and that is to see to it that Iran is verifiably and permanently prevented from obtaining a nuclear weapon. And we continue to believe that diplomacy in coordination with our allies and partners — and that, of course, includes Israel — is the best path to achieve that goal.”
“We’ve also been very clear that this is not a process that can go on indefinitely and if the Iranians through their actions or through their inactions demonstrate or suggest that they lack that good faith, that they lack that clarity of purpose, we’ll have to turn to other means,” Price said Tuesday. “We have a variety of other means we’re discussing those with our allies and partners.”

In recent weeks, US officials have conducted a flurry of diplomacy with regional powers and other parties to the deal, working to forge a united front.
President Joe Biden met with European partners to discuss Iran during the June G7 meetings in the UK. In recent weeks, Secretary of State Antony Blinken has also conferred with European allies, as well as China and Russia, on Iran. And Malley recently met with Gulf countries, Israeli officials and European partners in the JCPOA.
“I think the Iranians believe they have some eastward option with Russia and China in which they can circumvent the pressure of sanctions,” McGurk said on Sunday. “And that is just wrong. And so I think we are approaching the talks at the end of November as a pretty united front with the P5+1.”

CNN’s Andrew Carey in Israel and CNN’s Mostafa Salem in Abu Dhabi contributed to this report.