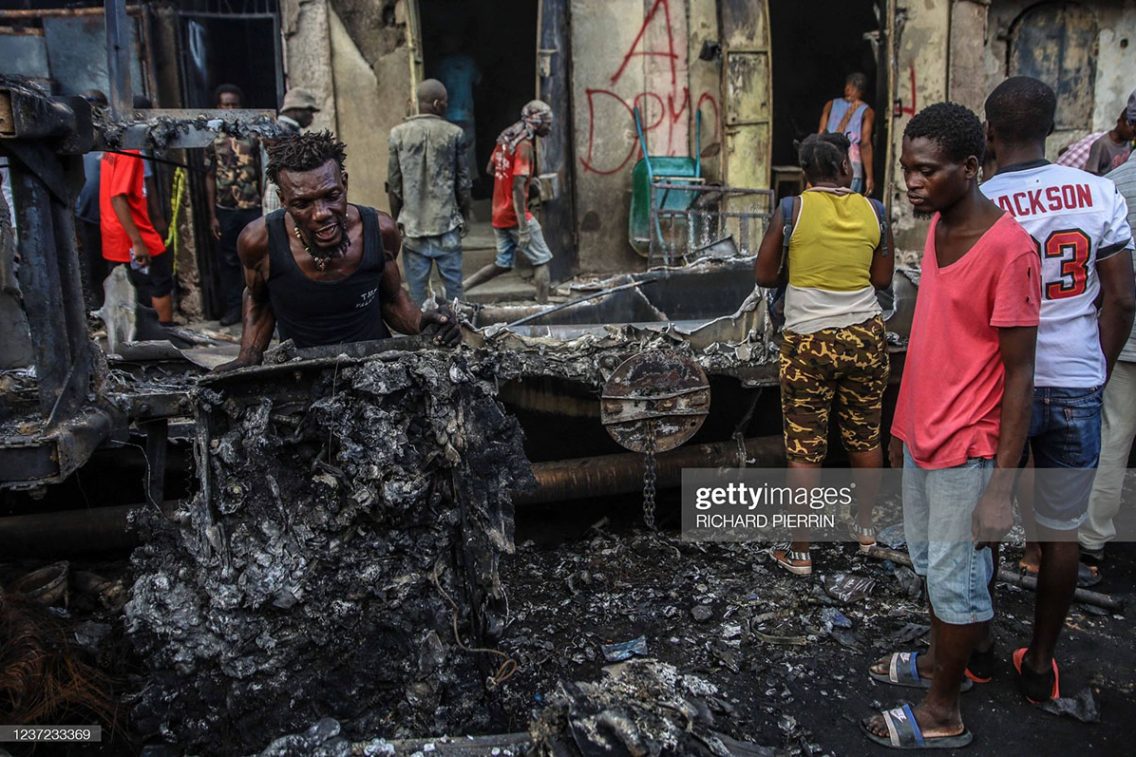 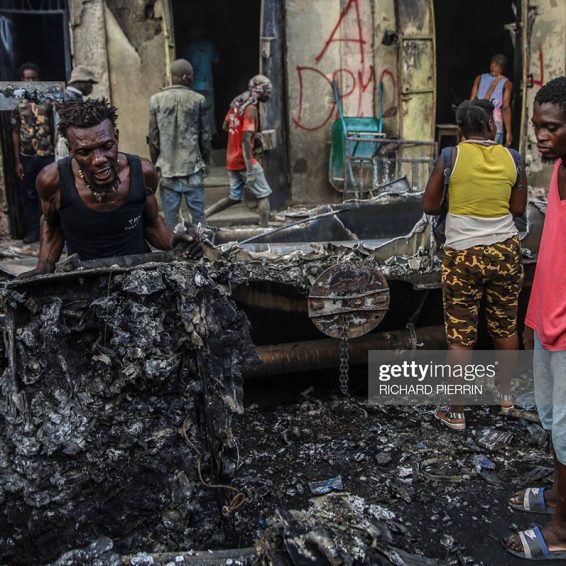 News Americas, PORT-AU-PRINCE, Haiti, Weds. Dec. 15, 2021: Three days of mourning have been declared in Haiti as the death toll from a petrol tanker that overturned and exploded in the northern part of the country keeps rising.

At least 75 people have now reportedly died in the blast that unleashed a fireball that swept through homes and businesses. The tanker rolled and exploded after trying to avoid crashing into a motorcycle in Cap-Haitien.

Dozens of bodies lined the streets of the explosion site, while locals rushed to the area with buckets to salvage any petrol from the truck.

Prime Minister Ariel Henry, who is a physician, visited the victims in hospital who were bandaged head to toe or fighting for their lives.

Doctors Without Borders/Médecins Sans Frontières (MSF) teams in Haiti are treating patients injured in a gasoline truck explosion in Cap-Haitien. Six patients were airlifted from Cap-Haitien to Port-au-Prince today and admitted to MSF’s Tabarre hospital, which specializes in the treatment of severe burns.

“This tragic event only underscores the need for prevention and treatment of burns, which are a chronic problem in Haiti,” said Jean-Gilbert Ndong, MSF medical coordinator. “Surviving and recovering from a severe burn is a difficult process that requires specialized medical care, often for weeks or months. We will continue to receive patients according to the needs and our capacity.”

The deadly accident came as the nation is currently grappling with a severe fuel shortage that prompted a shutdown of schools and businesses and as Haiti is still recovering from a devastating earthquake, a presidential assassination and a spike in gang-related kidnappings