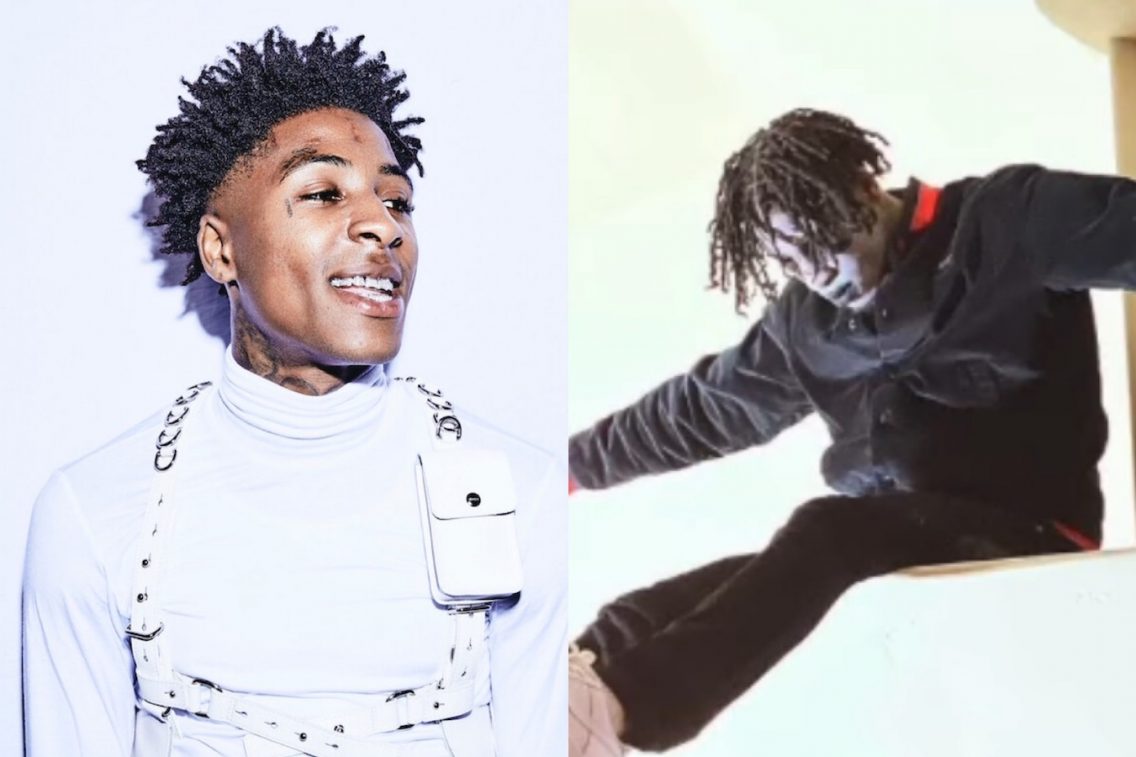 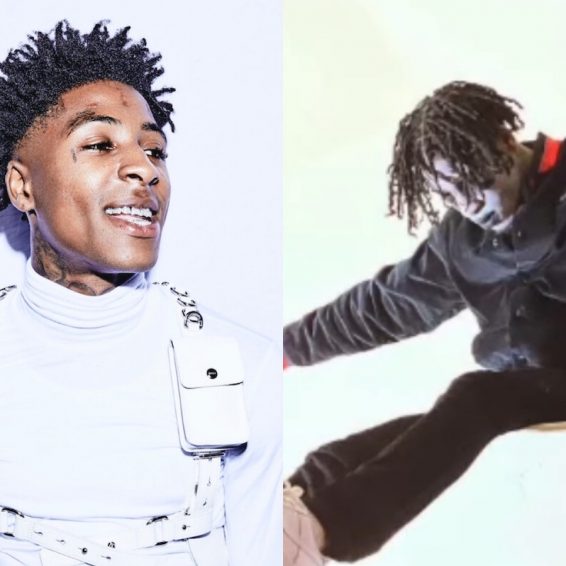 NBA YoungBoy channels the Joker while hopping on his sister’s Instagram.

Artistes have long been given free rein to express themselves through their lyrics and look, and NBA YoungBoy is making full use of his artistic license. The “Villain” rapper says he will continue to do what he wants as he is comfortable in his own skin. The artiste, who is currently under house arrest, connected with fans through a Clubhouse chatroom recently where he shared with DJ Akademiks that he likes wearing makeup and just being himself.

NBA YoungBoy reveals that it was his studio engineer who purchased the items from MAC Cosmetics. Following that, on Thursday, December 9, he popped up once again on his sister’s Instagram page wearing black and white makeup with the hashtag ‘RockPeace.’ The super short clip showed him with his sister with YoungBoy Never Broke Again sporting a white face with black eye patch makeup and black lips, a similar look to what the character The Joker from the Batman franchise, would have worn. The entertainer had stated in the chat room, “I Like painting my face and putting makeup on. I like to look in the mirror and see everything black, like my eyes and sh*t. I don’t know, I’m just feel comfortable that way. It gives me like that goth feeling like a rock star.”

Nevertheless, some fans were not feeling his new love fore as the hip hop community is traditionally hyper-masculine. Anything that has a female overtone or is typically seen as a feminine practice is shunned. For some, a man wearing makeup will not go down well in that arena, as it lends itself to homosexual overtures. The comments have been fast and furious, and a not-too-pleased fan lamented, “He’s doing everything but come outta the closet,” while another offered, “He’s their lady boy now. They need his influence to help push their agenda to the youth.”

Still, the “Bandit” rapper was not about to backpedal or back down as under the images he posted, “I don’t care what they think about me.” Others have been very supportive of his choices, saying that he is free to do whatever makes him happy. One user commented, “He’s smart. Go to the rock scene and kill the genre,” while another chimed, “He’s about to go even harder now. When you find yourself, it allows you to be comfortable with yourself! A lot of people don’t understand being comfortable in an uncomfortable situation. It’s hard living life trying to be perfect in an imperfect world.”

NBA YoungBoy, whose government name is Kentrell Gaulden, released the video to his latest song, “Black Ball,” earlier this week, which led to the initial makeup dilemma. Fans could observe him in black eye makeup and lipstick with ‘Rock’ and ‘peace’ written on his cheeks. The video debuting his new look was released on YouTube on December 6, and it has since racked up over 4.2 million views, making it quite the conversation starter.