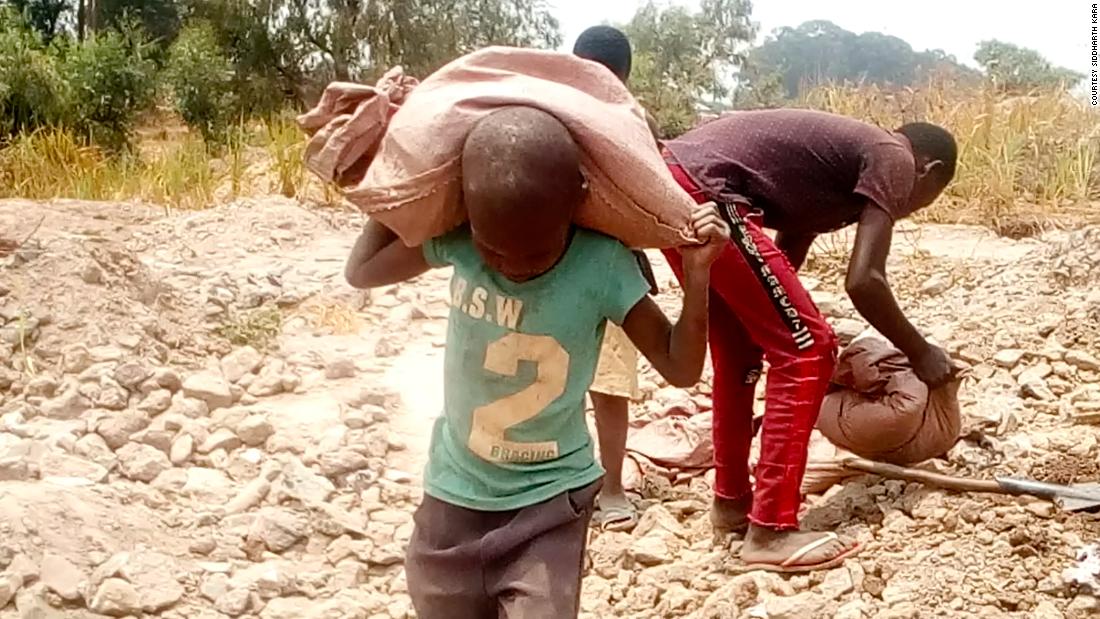 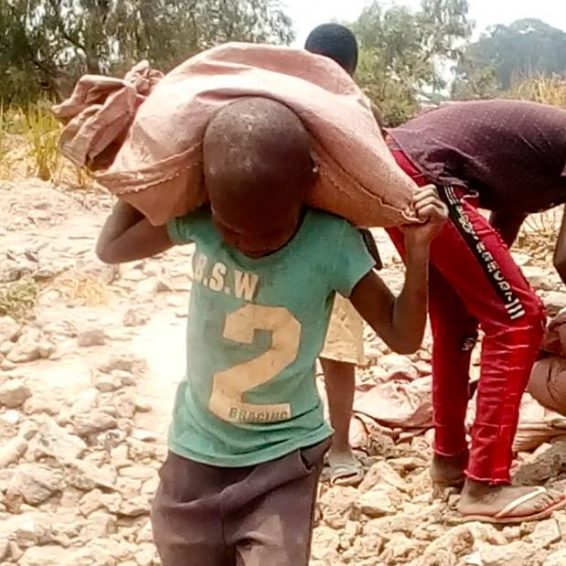 Opinion: Our device-driven lives depend on tragedy in the Democratic Republic of Congo

1 month ago·5 min read
ShareTweetPinShare
Home
World News
Opinion: Our device-driven lives depend on tragedy in the Democratic Republic of Congo
The content originally appeared on: CNN

Siddharth Kara is a British Academy Global Professor, senior fellow at Harvard School of Public Health and author of the forthcoming book: “Cobalt Red: How the Blood of the Congo Powers of Our Lives,” with St Martin’s Press. The opinions expressed in this commentary are his.

(CNN)November in the Democratic Republic of Congo’s southern region means one thing — the rains are coming. Storms explode with biblical fury across the land, transforming desiccated bush into lush green forests, and clearing the thick haze of grit that has suffocated the mining provinces for months.

In cobalt mining towns like Kolwezi, children emerge by the hundreds from water-logged huts to climb the rocky, 50-meter pit walls of nearby industrial mining sites. Some scrounge for cobalt inside scores of trenches and tunnels dug into the pit walls. Others climb over the concrete fences atop the pit walls to dig inside the main mining pits. One digger named Pascal tells me, “Climbing this [pit] wall is the hard part. Climbing over the concrete wall is easy.”
Pascal is one of countless “artisanal miners” who dig for cobalt in the DR Congo. The quaint term belies the exceedingly hazardous nature of their work. Indeed, a great tragedy would befall some of the artisanal miners the following day.
I meet 10-year-old Lubo at the foot of one of the enormous pit walls. He shows me a raffia sack that contains several small chunks of heterogenite, the primary source of cobalt in Congo. Lubo says that once he fills the sack, he will sell the cobalt to nearby “buying houses” for about $1. The Chinese agents at the buying houses sell the cobalt to foreign mining companies. Just like that, cobalt gathered by a child in Congo enters the formal supply chain.
I ask Lubo why he is gathering cobalt instead of attending school.
Read More
“We don’t have money,” he replies.
Lubo had to leave school when his parents could no longer afford the fees of $5 per month. Untold numbers of artisanal miners became sick or died as Covid spread like wildfire through their communities, forcing thousands more children to leave school to dig for cobalt to make up for lost income.
Dr. Alex Tshihutu treats Covid patients at the largest hospital in the Lualaba province, in the south of the Democratic Republic of Congo. He’s lost count of how many of his patients were artisanal miners.
“Covid put pressure on artisanal miners to supply cobalt when the big mines closed,” Dr. Tshihutu explained. He said that the disease spread rapidly through mining communities because the diggers worked in cramped conditions in trenches and tunnels. Social distancing and wearing masks were impossible.
“Those who went to the artisanal mines contributed to the spread of the disease in their families when they went back home,” Dr. Tshihutu said. “During the peak, four out of 10 of my patients died.”

The hazardous labor of children like Lubo was vital not only for the survival of their families, but also for ours. After the Covid-19 pandemic struck, the world relied more than ever on rechargeable devices to continue working and attending school from home. The batteries in these devices require cobalt, and approximately 70 percent of the global supply of cobalt is mined in Congo. When foreign mining companies suspended operations out of safety concerns, artisanal miners were the ones who kept our cobalt flowing.
The morning after I met Lubo, on November 5, 2021, I learned that one of the cobalt tunnels dug by artisanal miners inside one of the industrial mines close to where I’d met him, had collapsed. Tunnels collapse often in the mining provinces, especially during the rainy season when the shafts weaken. The diggers know the risks, but pressure to feed cobalt up the supply chain is greater than ever.
I tried to investigate the accident, but soldiers had already blocked access to the mine. The truth of what had happened must never be revealed, for it directly contradicts the assertions by consumer-facing tech and electric vehicle companies that their cobalt supply chains are clean.
The truth, however, is plain to see — the Congolese people toil at the bottom of cobalt supply chains in conditions that are shockingly reminiscent of some of the worst episodes of colonial slavery in Africa. They eke out a sub-human existence in conditions of appalling hazard for a dollar or two a day, while companies at the top of the chain are worth trillions.

What is the solution to this injustice?
Conceptually, it is simple — artisanal miners in the Congo should be treated with the same rights and dignity as any other employee working at the headquarters of tech and EV companies. Just because the Congolese people are separated by a few thousand miles and a few layers in the supply chain from corporate HQ does not mean their humanity is worth any less — particularly during a pandemic when they are excavating the cobalt that facilitates our lives.
Equal rights and dignity mean, at a minimum, formalizing their employment with contracts, decent wages, protective equipment, fixed working hours, medical support, programs for child education, safe avenues of redress, and absolutely no hazardous tunnel digging. Third-party, independent mechanisms of auditing these standards must also be created.
Implementing a system akin to GoodWeave’s model of supply-chain certification in the apparel and textile sectors of South Asia would be a good start. The system would involve independent teams of inspectors that conduct unannounced audits of working conditions at mining sites to ensure that a code of labor standards is being maintained. These standards should also include a minimal level of investment by cobalt stakeholders in local communities in the DRC. Such investments could help expand electrification and sanitation, strengthen public health infrastructure, and above all — ensure that children are able to remain in school.
No child like Lubo should have to forfeit an education for lack of $5 per month, least of all when some companies at the top of the cobalt supply chain generate more profit in a few weeks than the entire Congolese national budget for 2021 of $7.2 billion.
Why have simple solutions such as these not yet been implemented? Because it is easier for tech and EV companies to look the other way while their profits keep growing, rather than accept the fact that there are still far too many children scrounging in toxic pits and tunnels for their cobalt.
If it would help, I would be willing to arrange a trip to Congo for any CEO to see this truth for themselves.
We can watch together as artisanal miners like Pascal work inside almost every industrial cobalt mine in Congo. We can watch as cobalt mined by children like Lubo is sold into the supply chains of foreign mining companies that claim they’re trying to put an end to child labor. And I am certain that if we spend just a week on the ground together, a cobalt tunnel will collapse somewhere nearby, burying alive everyone inside.
By the end of the day on November 5, 2021, I learned that five bodies had been recovered from the tunnel collapse inside the mine that day. An unknown number of people remained buried below, forever interred in their final poses of horror.