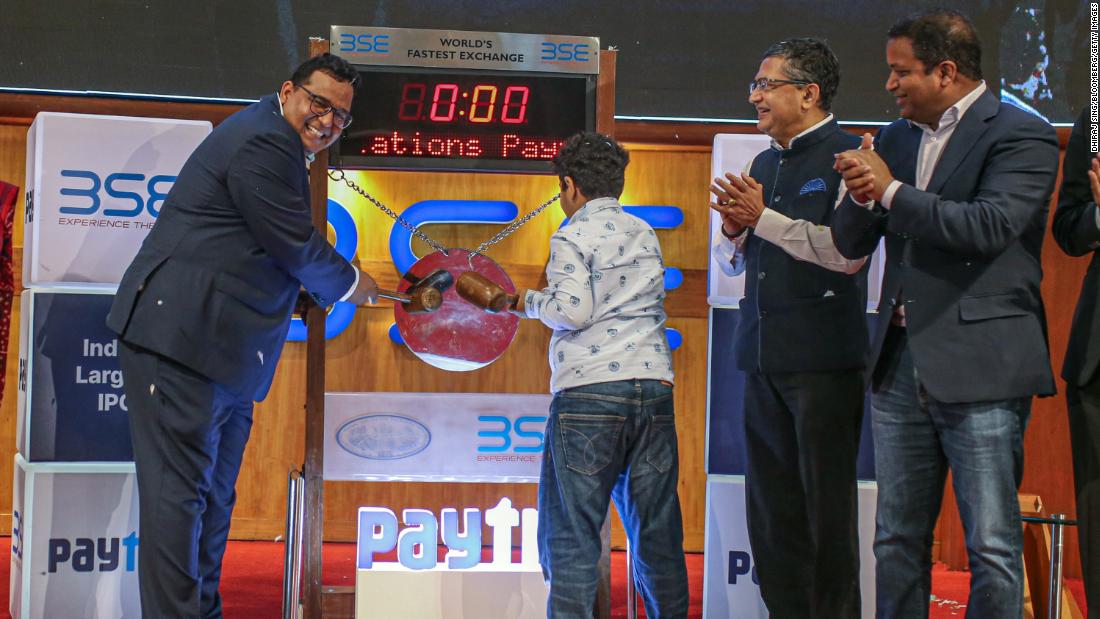 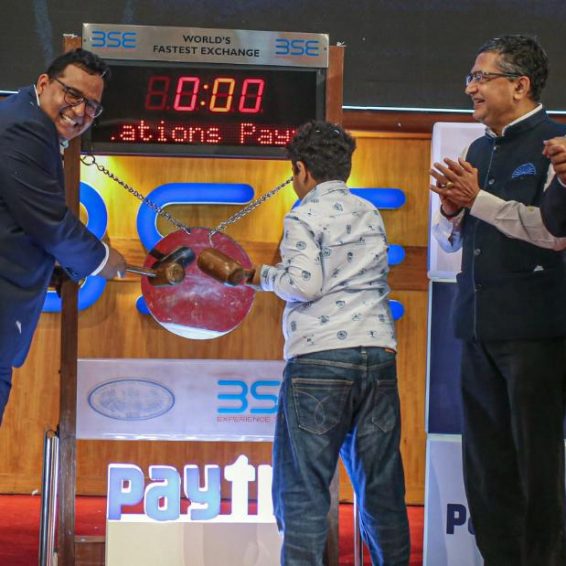 Paytm is still struggling to convince investors after disastrous IPO

2 weeks ago·2 min read
ShareTweetPinShare
Home
World News
Paytm is still struggling to convince investors after disastrous IPO
The content originally appeared on: CNN
Shares of the Indian company — trading under the name of its parent, One97 Communications — plunged in the days since they began trading in Mumbai in the country’s biggest IPO when measured in local currency.
The stock edged higher on Tuesday, but it’s still down more than 30% from its issue price, a loss of $5.7 billion in market value.
Warren Buffett-backed Paytm crashes 27% after milestone IPO for India
Analysts expressed several concerns about Paytm in the run-up to its offering. The company lost hundreds of millions of dollars last year and seems far from ready to turn a profit.
It’s also up against growing competition from some of the biggest tech firms in the world. Companies such as Facebook (FB) and Google (GOOGL) are using an Indian government-backed technology called the Unified Payments Interface.
Read More
“Dabbling in multiple business lines inhibits Paytm from being a category leader in any business except wallets, which are becoming inconsequential with the meteoric rise in UPI payments,” analysts at Macquarie wrote in a research note last week.
“Most things that Paytm does, every other large ecosystem player like Amazon, Flipkart, Google, etc, are doing,” the analysts added.
Big questions remain about how Paytm can effectively profit off its massive customer base, according to Prashant Gokhale, chief operating officer at Aletheia Capital.
Paytm said in its IPO filing that it had 337 million registered consumers and 22 million merchants. But Gokhale told CNN Business the problem is how the company can turn those consumers into revenue.
“They have a lot of subsidiaries. They have insurance, they have stock broking, they have financial services,” Gokhale said, adding that the company wants to make money by selling those additional services to existing users of its payments app.
But he said those businesses are all rife with competition, making it difficult to see how there’s a pathway to profitability for Paytm.
These kinds of IPOs “remind a new generation of investors that there are risks,” Gokhale added.
Talking to CNN last week, Paytm CEO Vijay Shekhar Sharma acknowledged his company’s poor IPO performance, and said that if it had waited to announce a few more quarterly results, “our execution plan would bring comfort to a lot more people.”
Paytm “is a new business model for many public market investors,” he told CNN’s Julia Chatterley, adding that numbers in subsequent quarters “will explain this much better.”
“I would say that it is very early days to say that we would not be profitable,” Sharma added. “Our numbers and revenues will do the job of talking.”
— Diksha Madhok contributed to this report.