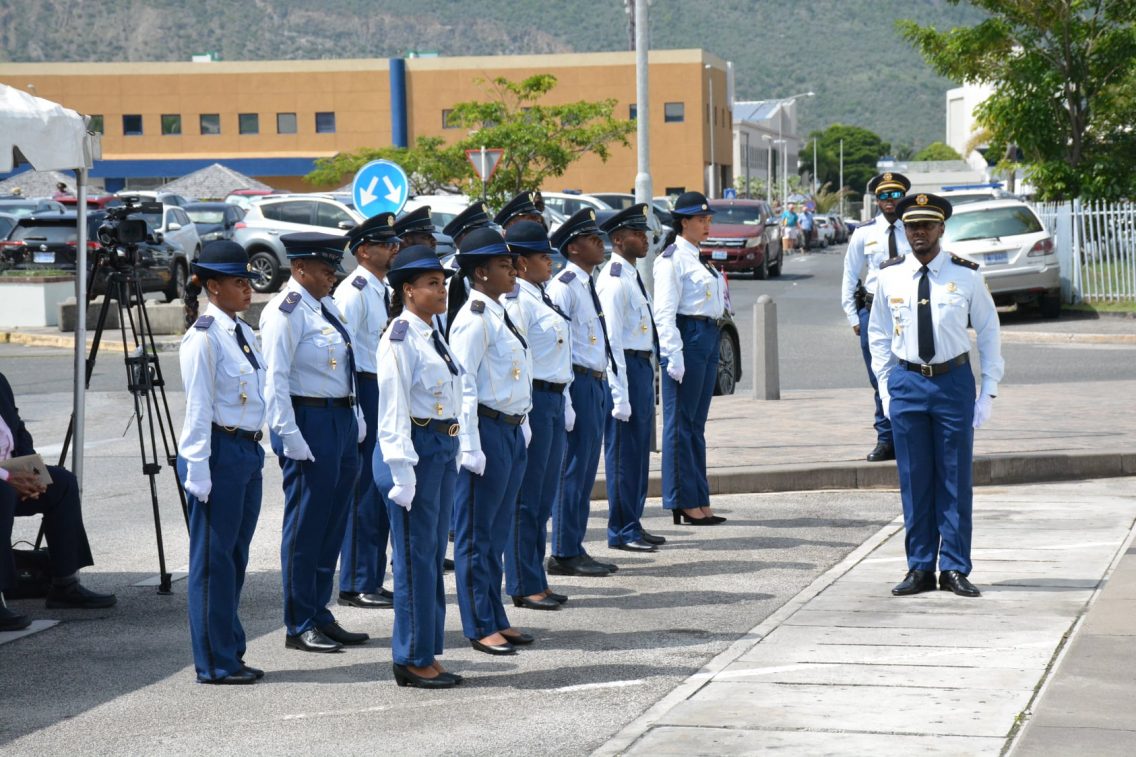 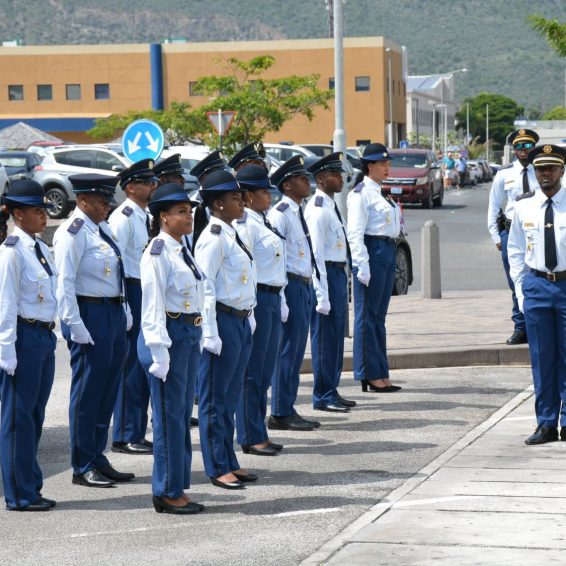 ~ “Are you ready?” Police Chief Carl John asked the cadets ~

PHILIPSBURG — Thirteen new police officers received their epaulets on Friday, October 29, thereby boosting the strength of the police force. The recruits went from being cadets to full-fledged police officers upon completing their basic police training. At the end of this year, another class will complete the same training and its graduates will also join the force.

The thirteen new officers from BPO class 2018 took their oath before Justice Minister Anna Richardson in front of police headquarters in Philipsburg.

Chief Inspector Rob Appelhof of the Dutch Police Academy presented the graduates with their certificates. Family members changed their epaulets that signify their new status of police officer.

Governor Drs. Eugene Holiday, Prime Minister Silveria Jacobs, Chief Prosecutor Mirjam Mol and Inspector Rogerrel Eugenio Mauricia, president of the NAPB-union were all present at the ceremony to wish the graduates success in their careers.

Chief Commissioner Carl John, his management team and representatives of the Dutch Police Academy were all at hand to congratulate the graduates.

Two other BPO-classes are in progress; one class will complete its intensive training towards the end of this year.

“You have received a broad and all round training in law enforcement for police officers covering classroom subjects, such as criminal and civil law; skills and attitude training such as physical fitness, self-defense and service mindedness, and practical fieldwork, including the value of teamwork,” Governor Holiday said in his congratulatory address.

“Your training has prepared you to be professional police officers. It has imparted and strengthened important values of discipline, respect, fairness, and honesty. Values that will guide you to master your work as police officers.”