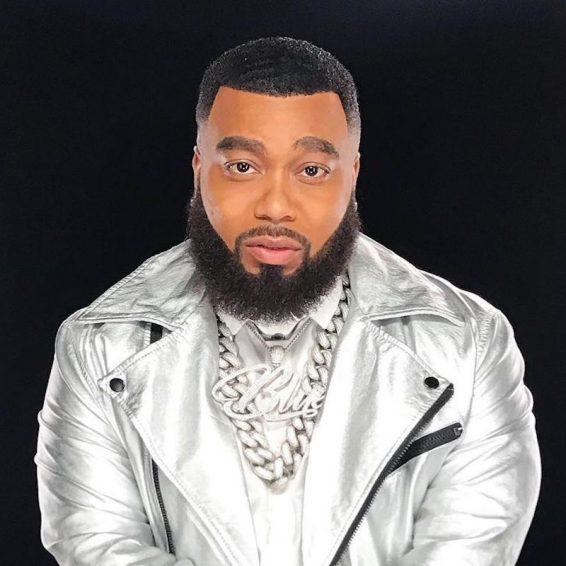 Pretty Ricky’s Baby Blue was sentenced to 20 months in jail.

For the uninitiated, Pretty Ricky was a late 90s R&B and hip-hop group from Florida that had their peak in the early 2000s with a string of hits that earned them a huge following, especially among females.

The group has not enjoyed any recent hits and may be the reason behind one member’s run-in with the law. ‘Baby Blue,’ whose given name is Diamond Blue Smith, was sentenced to almost two years in prison for scamming the government. According to the Justice Department, Baby Blue was one of several people arrested in October 2020 in what became a huge COVID-19 relief loan scam. According to a Department of Justice press release, Baby Blue and others were charged for “alleged participation in a scheme to file fraudulent loan applications seeking more than $24 million in forgivable Paycheck Protection Program (PPP) loans.”

Baby Blue pleaded guilty earlier this year and subsequently had most of his assets, including his Ferrari, seized. During a Hollywood Unlocked interview before his June court-ordered appearance, the “Grind With Me” singer was hopeful for a redemptive future after his release.

Trauma continues to find its way to the entertainer’s doorstep. Last year, he was shot in the shoulder and hospitalized following an attempted robbery. Due to the nature of his other injuries, he had to learn to walk again. He will now have to adjust to life behind bars for twenty months. The sentence was handed down on December 16, after he admitted to conspiracy to commit wire fraud.

Smith admitted to obtaining a PPP loan amounting first to $426,717 through the use of false information and falsified documents to maintain his lavish lifestyle, which took an economic beating due to the pandemic. He got a second loan of $708,065 for his company Blue Star Records LLC, using the same illegal ruse, and went on a spending spree, paying for luxury hotel rooms, nights at casinos in South Florida as well as purchasing a Ferrari. He also paid his two accomplices, who assisted him in preparing and submitting fraudulent loan applications.

When news broke of his sentencing, the general sentiment was that he got off very light and that his lawyer did a heck of a plea bargain deal to get him so short a term, especially because the amount he defrauded totaled over a million dollars. Most people are still supportive of Smith, who said the past year with the shooting and court appearances have been challenging for him.

In a new statement via his Instagram Story, Baby Blue says a lot more celebrities also got questionable PPP loans from the government, but he is not going to name names because he is not a snitch.

“Ni**as want me to be a snitch cuz they got snitching in they blood,” he wrote on IG. “I’m cut different over here! Ain’t no rats in my family! I Could never be a snitch! My ancestors wouldn’t like that! Whole time 2 ni***s in my case turned informant and telling everything they can!”

“I would never SNITCH! I’m the one the informants pointed a finger at!” Blue tweeted. “2 of them turned informant on me from day one! Regardless I’m standing 10 toes down and Ima do my time like a G! Ain’t no snitching in my blood.”

“The media played with my name and put me as the head of a conspiracy without getting the facts!” he added in another tweet. “Painted me to be a thief and I ain’t ever steal a penny in my life! Yall wanna lower my character to a Scammer! There’s more to the story and Ima write a book and make a movie bout it!”