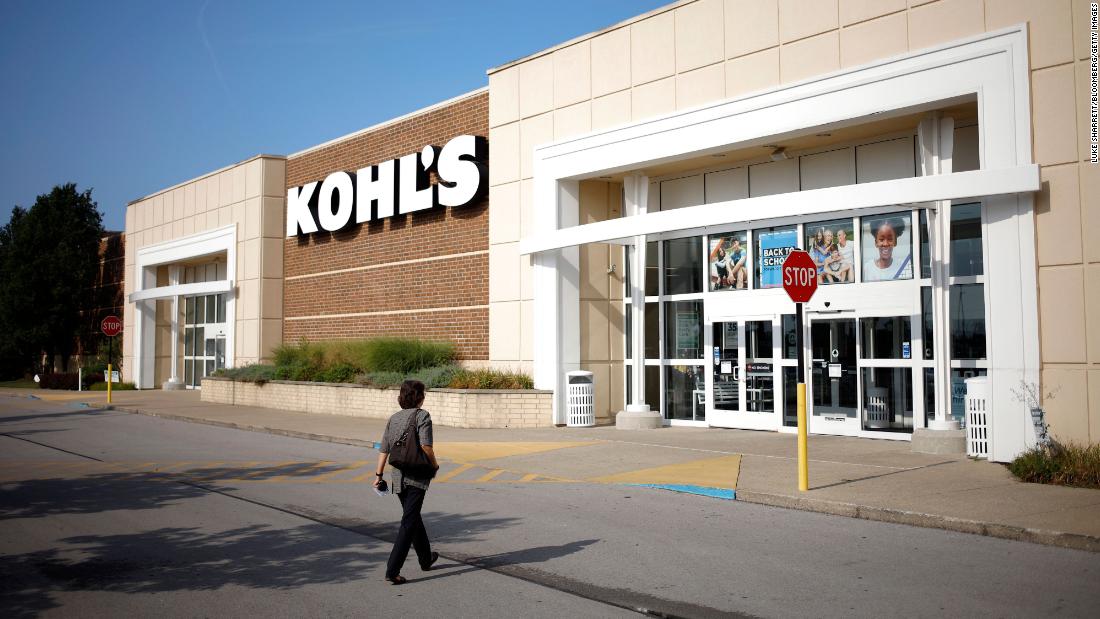 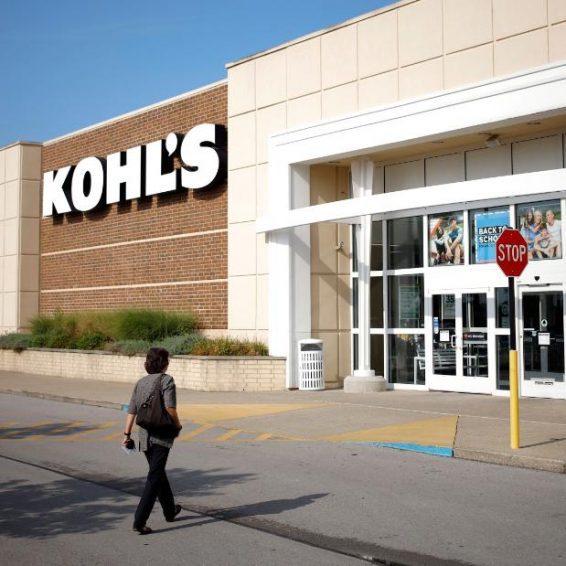 Should retailers like Kohl’s and Macy’s break themselves up?

2 months ago·5 min read
ShareTweetPinShare
Home
World News
Should retailers like Kohl’s and Macy’s break themselves up?
The content originally appeared on: CNN
A version of this story first appeared in CNN Business’ Before the Bell newsletter. Not a subscriber? You can sign up right here. You can listen to an audio version of the newsletter by clicking the same link.
What’s happening: Activist shareholders are increasingly pushing retailers to spin off their e-commerce businesses, claiming this would help boost shares.
“The public market is not appreciating Kohl’s in its current form,” Engine Capital, an activist fund, said in a letter to Kohl’s board of directors published Monday. “There is no excuse for the Board to cling to the status quo.”
The firm, which has built up a 1% stake in Kohl’s (KSS), says it should either split its online business into a separate entity or find a buyer to take the whole company private. Shares in Kohl’s rallied and finished the day up more than 5%.
Engine Capital isn’t the only one calling for such dramatic changes. Activist investor Jana Partners said in October that Macy’s (M) could double its share price if it spun off its e-commerce unit.
Read More
“Macy’s could see an increase in its stock price by 100% if it followed the playbook of Saks,” Jana Partners portfolio manager Scott Ostfeld said at the 13D Monitor Active-Passive Investor Summit, according to Reuters.
Saks Fifth Avenue announced in March that it would break off its online business as a standalone firm known just as “Saks.”
In an interview with the Associated Press last month, Saks CEO Marc Metrick said the strategy is working. Saks.com now has 1 million daily visits, up from 500,000 in 2019, and there’s chatter the business could go public.
“Since we launched Saks.com in the late ’90s, we were an ‘or’ company,” Metrick explained. “We can invest in online or in the stores. We can buy inventory for online or the stores. We could focus on marketing for online or the stores. Now we’ve become an ‘and’ company. We can invest in our online and our stores.”
Leigh Sparks, a professor of retail studies at the University of Stirling, said it’s not hard to see why this is a tempting option.
Engine Capital predicts that Kohl’s e-commerce business would be valued at $12.4 billion as a separate company — higher than the total market value of Kohl’s right now — and would be able to grow faster on its own. Digital sales make up around 40% of Kohl’s revenue.
“This is the growth market,” Sparks told me. “Online has become much more significant.”
But it’s not a sure recipe for success. Companies like Macy’s and Kohl’s have been working hard to integrate their digital business with their physical footprint. Kohl’s offers Amazon returns at its locations, while Macy’s, which is preparing to launch a digital marketplace next year that will include items from third-party sellers, wants to fulfill more orders in stores.
This hybrid approach to logistics could be helpful, while customers may enjoy added choice as they toggle between shopping and making exchanges in person and online, Sparks said. That “blurring” could make splitting old and new retail businesses more difficult, he added.
Remember: Retail isn’t the only industry under pressure to simplify. GE and Johnson & Johnson recently said they would spin off parts of their businesses, while an activist investor wants Shell to separate its clean energy efforts from legacy oil and gas production.

On Monday, BuzzFeed CEO Jonah Peretti — flanked by Instagram celebrity “Dude with Sign” and people holding oversized yellow “OMG” and “win” signs — rang the opening bell for BuzzFeed’s debut as a public company on the Nasdaq. Simultaneously, at BuzzFeed’s headquarters in New York, an acrobatic cat performed.
It was a celebration of BuzzFeed and a distillation of how the digital media brand wants to be seen, my CNN Business colleague Kerry Flynn reports. But the initial enthusiasm quickly petered out.
The latest: Shares in BuzzFeed, which arrived on Wall Street through a merger with a SPAC, or special-purpose acquisition company, rallied at first but finished the day 11% lower at $8.56. Shares are up almost 3% in premarket trading on Tuesday.
BuzzFeed raised $16 million through the deal. It was less money than it had initially hoped after some investors pulled out.
Peretti said the company is focusing on future growth. BuzzFeed bought HuffPost last year and is also scooping up Complex Networks, whose products include the popular franchise “Hot Ones.”
But the public offering reveals investor skepticism around digital media brands, which some hoped could benefit from the SPAC moment.
These “blank check” firms that raise money and then go hunting for takeover targets have become a huge fad on Wall Street over the past 18 months. Investors can choose to recoup their initial investment when a deal is announced, however. That’s what happened with BuzzFeed.
A crackdown in Washington has also taken some steam out of the SPAC market.
This could spell trouble for other companies considering taking a similar route. Vox Media is also weighing whether to go public by merging with a SPAC.

Speaking of SPAC complications, the shell company facilitating former President Donald Trump’s return to Wall Street disclosed Monday that federal regulators are investigating the deal.
In October, Trump announced a new media venture that would “stand up to the tyranny of Big Tech.” That new entity, chaired by the former president, agreed to go public through a merger with the SPAC Digital World.
Details, details: In a filing Monday, Digital World Acquisition Corp. said it received a document and information request from the Securities and Exchange Commission in early November, my CNN Business colleague Matt Egan reports. Digital World also said Wall Street’s self-regulator, the Financial Industry Regulatory Authority, is looking into trading prior to the deal’s announcement.
Shares of Digital World skyrocketed as much as 1,657% in the days after the deal was disclosed. The company achieved meme stock status almost overnight, though little is known about the venture. Filings did not indicate how much revenue, if any, the firm generates.
But almost immediately, the arrangement drew scrutiny. Trump began discussing a merger with Digital World long before the blank check company went public and before such talks were shared with investors, The New York Times reported in late October. That’s not how SPAC deals are supposed to work.
Step back: Washington regulators have been taking a tougher stance on SPACs, arguing they don’t have the same standards of disclosure and could generate losses for unwitting everyday investors. Bills to tighten rules around SPACs are currently making their way through Congress, while the SEC is pushing stricter accounting rules.
Could the Trump element supercharge these efforts — or will it mire them in politics?