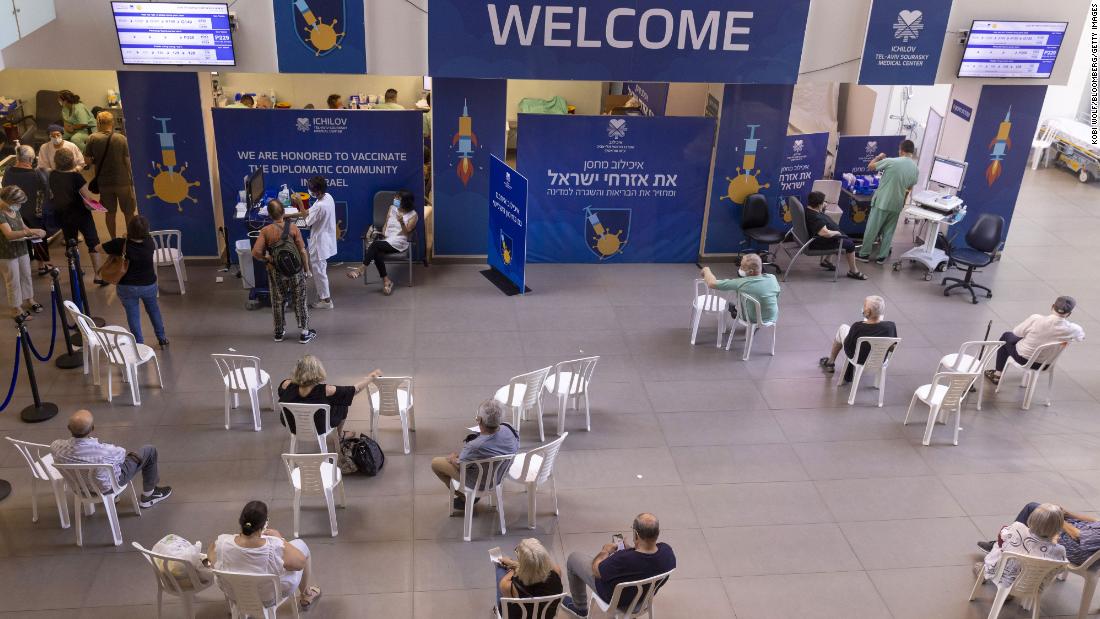 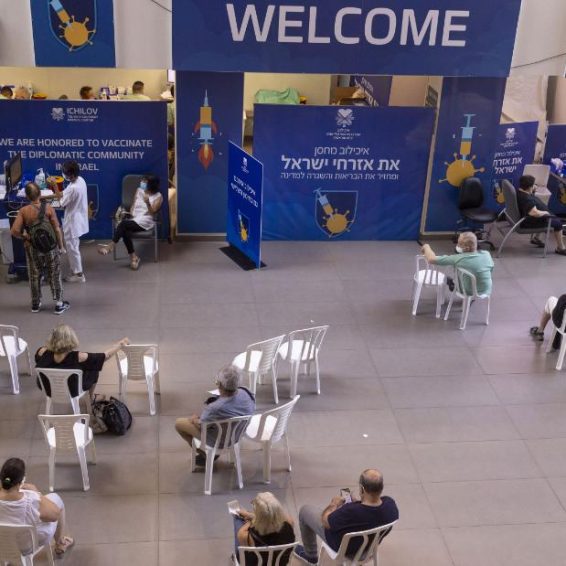 2 weeks ago·5 min read
ShareTweetPinShare
Home
World News
What the world could learn from Israel’s Covid-19 vaccine booster rollout
The content originally appeared on: CNN
Israel has been at the forefront of vaccination rollouts for adults and teenagers, pioneered a vaccine passport and, in recent months, has spearheaded the use of booster shots.
At the end of July, the country began offering boosters to those over the age of 60; since late August, boosters have been available to anyone over the age of 16, five months after their second dose of the vaccine.
Now, a person is not considered fully vaccinated in Israel until they have received a third dose of the vaccine, once they are eligible for it.
More than three months on, Israeli health officials say the data is clear: Booster shots helped bring down the fourth wave of the virus that swept the country in August and September.
CDC recommends Covid-19 boosters for all adults
Read More
At its peak, that wave saw more than 8,000 new Covid-19 cases per day, and more than 500 people hospitalized at a time in serious condition.
The current seven-day average is running at between 450 and 500 cases a day, and there are 129 people hospitalized in serious condition with the virus.
The data highlights stark differences between those with the vaccine — and the booster — and those without: On many days over the past month, more than 75% of positive cases were among the unvaccinated, according to data from the health ministry.
Among those hospitalized with Covid-19 it is even clearer: Israeli officials say in October the rate of people over the age of 60 in serious condition who had only had two doses of the vaccine was 5 times that of those with three shots.
And although the caseload has declined overall since then, the differences remain: On Sunday, there were four times as many people over the age of 60 in serious condition who had only had two shots, compared to those considered fully vaccinated with three doses, according to the health ministry.

Dr. Anthony Fauci, director of the US National Institute of Allergy and Infectious Diseases, has cited such data as a reason why he thinks it will soon be recommended that everyone get boosters once they’re eligible.
“If you look strictly at the data from Israel, it’s very clear that the differences in immunity waning is much more profound in the elderly, but it goes across the board,” Fauci told NBC last week.
The lesson from Israel is one that more and more nations are taking on, particularly as cases rise to troubling levels in parts of Europe.
Germany is recommending a third dose of the vaccine for everyone over the age of 18, and in the UK, boosters are available to everyone over 40 as of this week.
In France, demand for booster shots skyrocketed after President Emmanuel Macron announced that a third dose would be required to revalidate the “pass sanitaire,” or health pass, which is required on public transport and to enter a variety of public and private spaces.
And in the United States, boosters are now authorized for everyone over 18.
Health experts say the rollout of booster shots across many Western nations highlights the inequity of vaccine deployment in other parts of the world.
In the UK, 88% of people over the age of 12 have had their first dose of the vaccine; 80% have had two doses, and 26% have already had a booster shot, data from November 20 shows.
By contrast, only 10% of people in African countries have had a first dose, on average, according to Our World In Data; only 7% of Africa is fully vaccinated, the data shows.

But the news from Israel is not all good: Though case numbers have fallen since September, the decline has plateaued. And, even more concerning, the R-rate — the average number of people infected by each person with Covid-19 — is back above 1, according to health ministry data — a worrying sign that the virus may be spreading again.
Health experts, such as Professor Eran Segal from Israel’s Weizmann Institute, say it is too early to tell whether the country is entering a fifth wave of the virus. But they point to the fact that almost 1.5 million people who have had two doses of the vaccine have not gone back for their booster shot.
“There are more people whose vaccine has faded over time, when compared to the number of new vaccinations and boosters, which has led to a slow decrease in the total [population’s] immunity,” Segal tweeted last week.
Now Israel is working on holding back that potential fifth wave: Officials are encouraging the unvaccinated to get their shots, and those who are eligible for booster doses to get them. They are also getting children vaccinated, and keeping up with preventative measures.
Many of Israel’s new infections are among children aged five to 11, according to Israeli health officials. A campaign to vaccinate that age group began on Monday.
Europe is learning a crucial lesson — vaccines work, but they alone won’t stop Covid now
“About 50% of our daily infections are occurring in that age group of below 11,” Dr. Ran Balicer, chairman of Israel’s Covid-19 National Expert Advisory Panel, told CNN last Friday. “We think this vaccination campaign could actually turn the tide and perhaps bring us back to a downslope if we have a good uptick [in vaccinations], as we hope that we will.”
But even with a highly vaccinated population, health experts say it is vital that anti-Covid measures stay in place, especially during winter, as activities move indoors.
Nachman Ash, director general of Israel’s Public Health Ministry, told Israel’s Channel 13 part of the reason for the uptick in cases is people not adhering to rules like mask-wearing.
“The enforcement is not sufficient,” Ash said. “And I see the public is becoming relaxed as time passes and the infection rate goes down, so people are less careful. Therefore yes, we have to increase the enforcement.”
Balicer warned that ignoring the waning immunity of those who have had two doses of the vaccine “may, in fact, put people at risk with false reassurance.”
“There is no single magic bullet that would suffice to assure surge prevention, especially in winter time,” Balicer said. “It is a combination of measures: Indoor masks, population behavior, indoor event restrictions and green certificates, and an effective booster campaign.